Why Are Wild Cats Endangered

The answer to the question will be generalized and it will be very brief because in respect of all wild cat species the answer is the same: there is growing human activity and there is too much human activity which invariably leads to loss of wild cat habitat, loss of wild cat prey, poaching of the wildcats for their body parts, legal killing of wildcats for their body parts, poisoning of the large wildcats because they prey on livestock because the cat’s territory has been encroached upon by farmers (retaliatory killings) and we must not forget sport hunting. Despite wildcats becoming increasingly endangered sport hunters like to kill the big cats for pleasure. 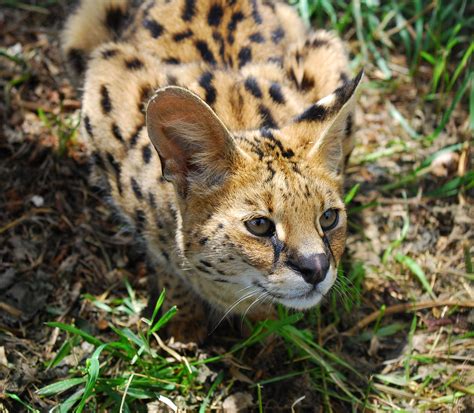 It should read: Why are some wild cat species designated as endangered ?” The answer, in general terms, is the one put forward in the first paragraph above. As the human population grows relentlessly, and it is growing fastest in Africa where there are some precious wild cat species such as the lion, human activity also expands and inevitably there will be even greater pressure on the survivability of the wildcats.

In short, the long term prognosis is poor for the wildcats as it is for almost all wild species of animal. The International Union for Conservation of Nature (IUCN) is a worldwide organization founded in 1948.

It maintains and publishes the IUCN Red List of Threatened Species, a detailed list of the conservation status of thousands of biological species on this planet, including wildcats. Categories of classification include Extinct, Extinct in the Wild, Critically Endangered, Endangered, Vulnerable, Lower Risk, Data Deficient, Not Applicable and Not Evaluated.

A wild cat is considered Critically Endangered when it is facing an extremely high risk of extinction in the immediate future, and there has been a reduction of at least 80% of the population over the past 10 years. This is determined by several factors, including direct observation, the total number of wildcats considered appropriate for the species, a decline in the number of wildcats living in a particular area. 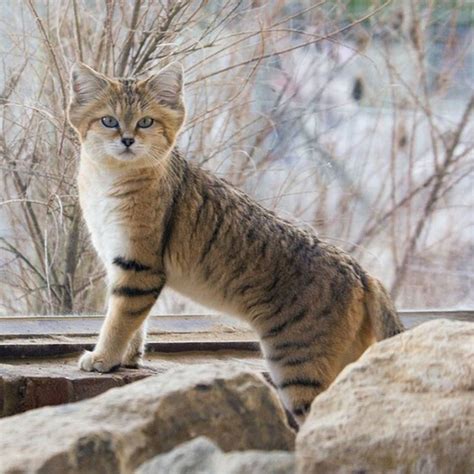 A wild cat is listed as Endangered by the IUCN based on several criteria, including direction observation, how many wildcats are considered appropriate for the species and a reduction in the number of wildcats living in an area. When a wild cat is labeled Endangered, that species or subspecies has less than 2500 mature individuals in existence.

Critically Endangered can also mean an 80% population reduction that is expected to take place in the next 10 years (or next three generations). A population of less than 250 mature individuals with an expected continuing decline of 25% over the next three years (or one generation), and severely fragmented or living in a single location.

Around the world, the main threats to big cats are as a result of human activities. Of the populations of 40 wild cat species, roughly 80 percent are now shrinking.

Agricultural expansion is also a major problem including the explosion of palm oil plantations in Indonesia. Often these ranchers will hunt the cats to protect their livestock, which in many places is the only source of income for people. 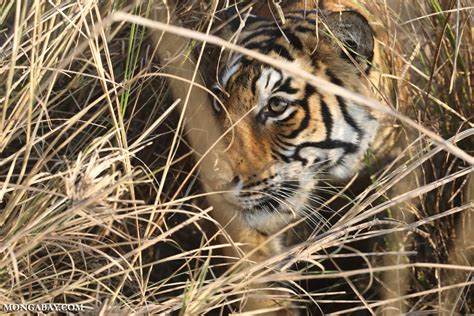 Snow leopards, lions, cheetahs, and jaguars all face this challenging threat. Lions are affected by disease outbreaks which are exacerbated by droughts that will be increasingly common with global warming.

In this gallery, we bring attention to the diverse and beautiful Felix species worldwide, either currently listed as endangered or vulnerable. We hope that by learning about these fantastic relatives of our well-loved domestic cats that readers will be encouraged to act to protect these animals.

The iconic snow leopard lives in the unbelievably cold habitats of alpine and subalpine areas of Central and South Asia, particularly the Tibetan Plateau and the Himalayas. Rarely ever seen in the wild based in part because of its elusive nature and also because so few remain, this animal's numbers continue to decrease despite conservation efforts.

In some areas of its range, such as Vietnam, Laos, and Java, scientists believe the fishing cat is extinct. These cats live along rivers and in mangrove swamps in Asia, primarily in India, Nepal, Bangladesh, and Sri Lanka. 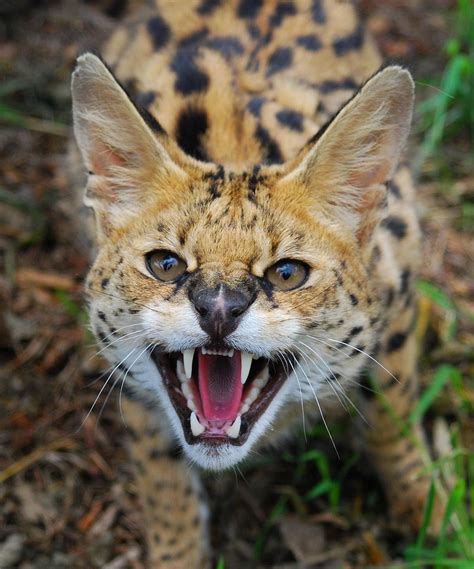 Conservation photographer Morgan Ham's project Cat In Water documents the lives of this incredible species and the threats it faces for survival. The endangered Iberian Lynx, the world's most threatened cat species, has a population of somewhere around 400 mature individuals and growing.

Though it is now illegal to hunt them and their habitat is protected, the lynx still falls victim to cars along roads, feral dogs, and poaching by humans. The world's least-known feline, the endangered flat-headed cat, has fewer than 2,500 mature individuals left in the wild.

Deforestation of its habitat for commercial logging and oil palm plantations constitutes the most significant threat to the species. Only an estimated 3,900 adult tigers remain in the wild despite being the most iconic cat species in the world, next to the African lion.

That number actually represents an increase attributed to ambitious conservation plans, better methods of survey, and The clouded leopard population estimated at less than 10,000 throughout Southeast Asia has been declared extinct in Taiwan.

IUCN has listed the animal as vulnerable since 2008, and the main threats against it are habitat loss from extensive deforestation and commercial poaching for the wildlife trade. Lions, not yet endangered, but listed as vulnerable with only around 23,000 (at best) still living in the wild faces rapidly decreasing numbers. 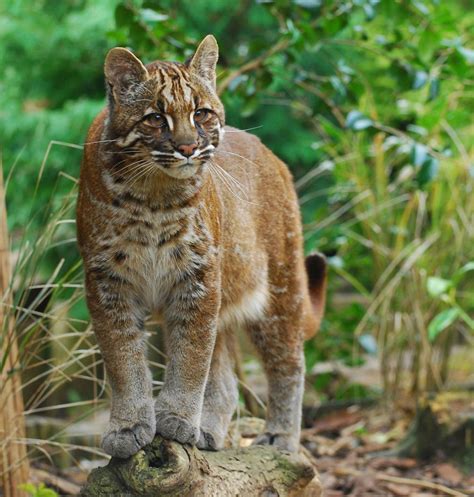 Because of habitat loss and conflict with humans, most lions only inhabit eastern and Southern Africa, with their numbers in severe decline. Conservation groups are working to preserve habitat so that lions have enough room to hunt and roam, but also to provide people with tools and knowledge for how to coexist with these big cats and reduce the number of deaths due to snaring.

The marbled cat, native to South and Southeast Asia, has been listed as vulnerable to extinction since 2002, and fewer than 10,000 mature individuals persist in the world. It is about the size of a house cat and lives in the branches of trees, where it hunts birds, squirrels, and reptiles.

Many people compare the marbled cat to the clouded leopard because of similar markings, canine teeth, and habitats. Many marbled cats fall victim to snaring by humans that value the bones, meat, and fur.

The last cat on our list is the world's fastest land animal, but it still can't outrun the impacts of humans on its environment. The biggest threat to the survival of the Scottish wildcat, Felix silvers Gambia, is a familiar animal: the domestic cat, which has been in Britain since the Iron Age, about 3,000 years ago.

The ancestry of domestic cats goes back 10,000 years to African wildcats, Felix silvers lyrics, in the Middle East, whose family tree split from that of other wildcats at least 130,000 years ago. Their dens are situated among large rocks on hill ground or between tree roots, or make use of old fox earths or badger setts. 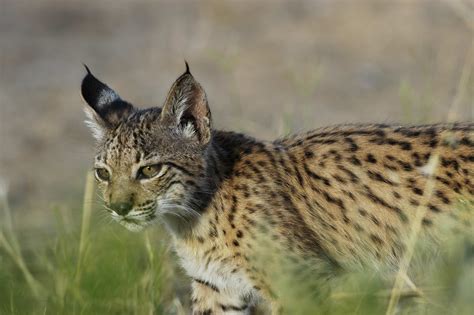 The Scottish wildcat is a priority species under the UK Biodiversity Action Plan (listed as such in 2007). It is protected under UK and European law and the Convention on International Trade in Endangered Species (CITES).

Though IEC is not a rewinding organization as such, their studies and information serve to shine a light on endangered wildcats worldwide, all of which are vital to whole, healthy ecosystems. IEC’s mission is to aid in the conservation of small (and some larger), wild cat species, through education, public awareness, and support for scientific field projects.

None of their staff or directors are paid; IEC is a complete volunteer organization so 100% of donations and all profits from memberships and product sales go directly to small wild cat conservation. The research will help determine home ranges and the impact of free-ranging dogs on the activity patterns and abundance of Pampas cats in the tropical dry forest of northwestern Peru.

The Rewinding Institute (TRI) mission is to explore and share tactics and strategies to advance continental-scale conservation and restoration in North America and beyond. We focus on the need for large carnivores and protected wild ways for their movement; and we offer a bold, scientifically credible, practically achievable, and hopeful vision for the future of wild Nature and human civilization on planet Earth. 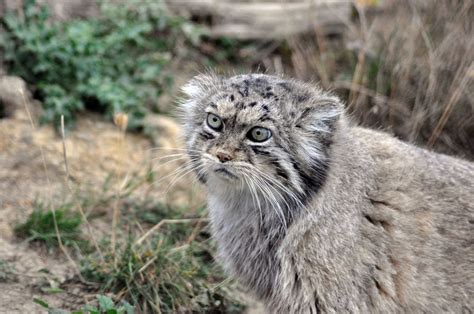 Wildcats play an important ecological role in controlling the populations and the health of the animals they prey on. It is listed as ‘vulnerable’ on the IUCN Red List of Threatened Species with its main threats coming from habitat loss due to deforestation and being hunted for bush meat.

In fact, there are reports of domestication due to their size and affectionate nature. Fishing cat populations are threatened by the destruction of wetlands which have significantly declined over the past decade.

Fishing cats live primarily in the vicinity of wetlands, along rivers, streams and mangroves. This small cat is widely distributed throughout the deserts of North Africa, the Middle East and Central Asia.

The Caracas is a medium-sized wild cat that’s native to Africa, the Middle East, Central Asia and India. The Caracas is instantly recognizable by its striking facial markings, long, black tufted ears and reddish-tan coat, which provides great camouflage in the wilderness helping make them effective hunters.

The clouded leopard is a large wild cat that is native to the Himalayan foothills, Southeast Asia and China. It has been classified as ‘ endangered by IUCN because fewer than 2,500 individuals are thought to exist in the wild where they generally live at altitudes of 3000-5000 meters. 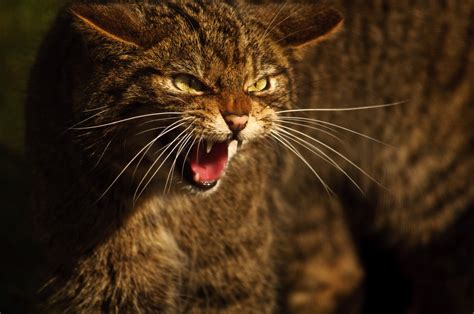 They are very fast and agile and use their long tails as a balance mechanism to traverse the challenging landscape. Their early decline was due to habitat loss, but now the main problem is genetic extinction due to interbreeding with local feral cats, domestic cats and existing hybrids.