What Is Avalon Airport In Melbourne Australia

A rail link to MelbourneAirport has been proposed in multiple forms at various times in the history of the airport. Some plans, however, have utilized alternative forms of mass transit or suggested a segregated and dedicated public transport link to the airport. 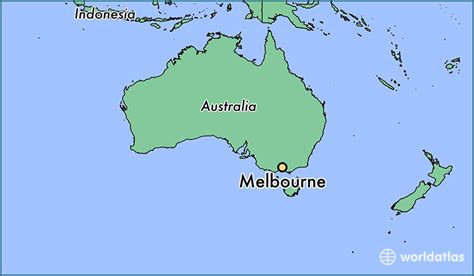 Relieving traffic congestion and creating better access to the airport are frequently cited as reasons for the development of the link. Businesses that would be negatively impacted by an airport rail link include Trans urban, whose Citing toll revenue would be affected, and MelbourneAirport, whose revenue from car parking would be reduced.

In 2018, the Victorian government announced its intention to proceed with one such proposal, a 27 km link via Sunshine. A preliminary business case was completed later that year, and in early 2019, the federal government agreed to partially fund the project.

MelbourneAirport is located 23 kilometers (14 mi) north-west of the Melbourne City Center adjacent to the industrial suburb of Ultramarine. With the appointment of a panel to examine the aviation needs of the growing city of Melbourne in 1958, and its recommendation of a site at Ultramarine on the city's north-western outskirts in 1959, the earliest suggestions for a railway line were made by stakeholders in the new facility's success.

The City Development Association proposed connecting any new airport to the public transport as early as 1958, and Trans Australia Airlines proposed tunneling directly between the CBD and the airport when the site was announced. Reg An sett, however, another direct beneficiary of the new airport, envisioned helicopters and freeways becoming the primary modes of transport for passengers and staff.

The first legislative attempt at a rail link to the new airport was made in 1965, while it was still under construction. Minister for Transport Edward Meager introduced the Leroy Ultramarine Rail Construction Bill 1965 to the state parliament, proposing the construction of a link between the Broad meadows line at Leroy and the new “jetport”. 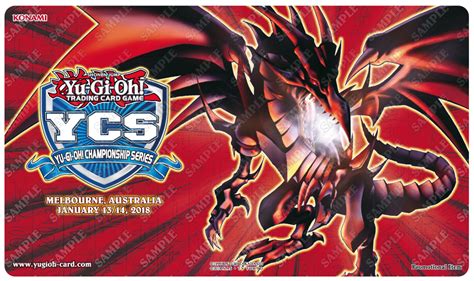 During the bill's reading in the Lower House, Meager estimated the new line's cost at £1.5 million, and suggested that it ought to be constructed in conjunction with a third track into the city along the existing line, works which formed part of the Victorian Railways 10-year strategic plan at the time. The bill was focused on acquiring land and protecting the reservation for a future railway line in the interests of cost savings, and Meager acknowledged that construction could not be justified at least until the airport had opened.

However, opposing parties voted against the bill on the basis that such a railway would never be economically viable, instead suggesting a branch from the Albion–Japan freight line in order to extend public transport option to the growing north-western suburbs. Nevertheless, the plan did reach the Upper House, where it was referred to a committee for further evaluation, but the parliamentary session lapsed before any further action was taken, and subsequent rounds of railway funding did not include any related works.

In the decades following the opening of MelbourneAirport, a number of proposals for mass transit links to the CBD emerged, many of which came from private investors and utilized emergent or unconventional technologies. One such proposal, Certain, was presented by a consortium which had received the backing of the French government in the early 1970s to construct a monorail from Paris to Tortoise.

The company proposed a similar system for Melbourne, and a feasibility study was conducted, which found the technology had a significant cost advantage over traditional heavy rail. The company's efforts were stymied by the French government's withdrawal of support in 1974 and the death of its leader in 1975, and no further progress eventuated.

The Liberal state government led by Jeff Kennett reserved land for an extension of what was then the Broad meadows line to the airport via West meadows. Market research concluded most passengers preferred travelling to the airport by taxi or car, and poor patronage of similar links in Sydney and Brisbane cast doubt on the viability of the project.

On 21 July 2008, the Premier Steve Tracks reaffirmed the government's commitment to a rail link and said that it would be considered within three to five years. To maximize future development options, the airport lobbied for the on-grounds section of the railway to be underground.

In 2010, Martin Paula of the Labor Party, newly appointed Minister for Public Transport, announced that the rail link had been taken off the agenda with new freeway options being explored instead, however a change of government at the 2010 Victorian State Election to Liberals, saw policy for the introduction of the rail link return to the agenda, with a promise by the incoming Coalition government to undertake planning for its construction. Proposals in January 2013 to improve the bus service to the airport involving turning emergency lanes into bus lanes on the freeway and the Bolt Bridge and allowing Make to be used on Stylus services were challenged by Citing operator Trans urban, because it would limit its toll revenue, and by MelbourneAirport, because it would reduce its car parking profits.

On 13 March 2013, the Victorian Liberal government under then Premier, Denis Nap thine, announced that the MelbourneAirport Rail Link would be constructed around 2015/16 running from the CBD via Sunshine station and the Albion–Japan freight line. This proposal never became a reality, with the Nap thine Government losing office to the Labor Party at the 2014 state election.

A much-publicised 2016 report by advocacy group the Rail Futures Institute, which primarily focused on improving capacity and journey times to regional centers, recommended using a new diversion of the Bendigo and Seymour lines to serve the airport at the same time as segregating the regional lines from metropolitan services. The airport line was excluded from the Metro Tunnel's eventual 2016 business case, with Public Transport Victoria (PTV) recognizing the tunnel's entire capacity would be needed to serve the Sunburn and newly-electrified Melton lines; planners recommended that any airport link would have to use further new capacity into the city.

But after enormous pressure from the Coalition Federal Governments of Tony Abbott and Malcolm Turnbull to plan for a proposal, the Andrews Government announced in May 2017 that it would spend $10 million along with the Turnbull Government ’s $30 million to devise a rail link planning study. On 23 November 2017, Premier Daniel Andrews told business groups that construction on a rail link between the Airport and Melbourne ’s Southern Cross station via Sunshine station would begin construction within the next 10 years. 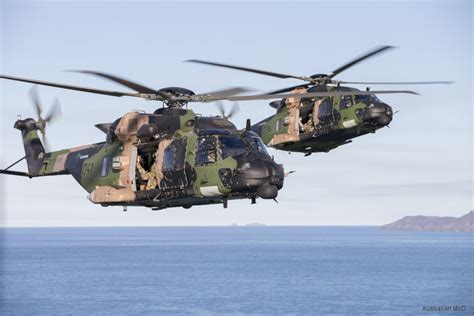 On 12 April 2018, Prime Minister Malcolm Turnbull announced that the Federal Government would pledge $5 billion for a rail link between the airport and Melbourne ’s CBD. With a 50-50 funding split between the State and Federal governments, a possible private investment in the project could see the total cost rise to $15 billion.

On 22 July 2018, the State Government announced that it would provide $5 billion to match Federal Government funding for the Airport rail link, allowing the project to become a reality. Under the state government's plan, a business case would be completed by the end of 2019 and construction would commence by 2022.

Then, in early September, the airport link featured in the state government's Suburban Rail Loop proposal, as part of an orbital line extending from Cheltenham in the city's east to Terrible in the west. Later in September, a private consortium including the operators of MelbourneAirport and Southern Cross station, as well as Metro Trains Melbourne, the incumbent metropolitan rail franchisee, and IFM Investors, presented an unsolicited proposal to the government, offering to contribute $5 billion in private equity alongside the existing government contributions.

The consortium, Airmail Melbourne, proposed using the funds to substantially rebuild Southern Cross, and provide dedicated tracks along the entire route via Sunshine. Following the state election in November, the returned Andrews government confirmed that a preliminary business case for the project had been completed.

Prime Minister Scott Morrison and Premier Andrews announced at a joint media conference in March 2019 that an agreement had been reached between the state and federal government to provide $5 billion in funding each towards the airport link. The agreement provided for a total cost of up to $13 billion, with the remaining funds to be sought from private sector investors, and committed the state government to completing a business case within 12 months.

The 2013 study conducted by PTV assessed over 80 options in addition to the Albion East “base case” developed by previous planning work. The same four options were presented in 2018 by the federal government during its announcement of funds, on the understanding that a preliminary business case to be completed in September that year would recommend one of the options.

It then follows the Albion–Japan line alignment, used primarily for freight traffic, before following a new reservation north-west to the airport. This route was identified as the preferred option by the 2013 PTV study, and is the preferred option of the Andrews state government, in both cases due to its connectivity to the existing network.

Direct Tunnel: This route uses an entirely new alignment, constructed as a tunnel between the city center and the above-ground reservation used by the Albion East route, from which point it continues to the airport. The tunnel potentially travels via the Victoria University campus at Foots cray, High point Shopping Center and the site of the former Department of Defense munitions factory at Maribyrnong.

Although this option is the most expensive among the shortlisted routes, and was therefore not recommended by the PTV study, it was the preferred option of the federal government because of its potential to service a new housing estate on the Defense site. Sunshine railway station in Melbourne's west would be rebuilt as part of the current airport rail link plant Victorian State government has committed to the Sunshine route, with the release of its Strategic Assessment of the route in July 2018.

The Federal government under Malcolm Turnbull had pushed for the direct tunnel route through Maribyrnong, as it proposed to redevelop the unused Defense site along the Maribyrnong River into a new residential area and connect the airport to the nearby High point Shopping Center. In 2019, however, both the federal and state governments backed the Sunshine route as part of their funding commitments to the project.

Current planning will explore a number of remaining questions about the route: including how it will interact with the under construction Metro Tunnel, the planned Suburban Rail Loop, and potential faster rail to Geelong, Ballarat and Bendigo. The State Government has indicated that new Sunshine to CBD rail capacity, built as part of the Airport Rail Link, could be used by new, faster train services to Geelong and Ballarat.

“Morrison locked into airport rail link: construction to start within three years”. “Intercity: How regional rail can re-balance population growth and create a “state of cities” in Victoria”.