Following a Trump rally and protests at or near the Capitol and White House, demonstrators, some armed, pushed through police barricades, broke windows, assaulted police and breached the Capitol while the Legislature held a session for the purpose of certifying the election of Joe Biden. “President Ford would have made a forceful statement, were he alive today, to condemn any action in the Trump administration that would incite a mob to violence and insurrection,” Whitney said.

U.S. Rep. Peter Major, R-Grand Rapids, said those who desecrated Ford’s statue “demonstrated an appalling ignorance of this legacy.” “President Ford’s legacy is the political courage he demonstrated in helping our nation heal after Watergate,” Major said in a statement.

The Herald Tribune reported, and social media accounts bear out, that a Bradenton resident who says he knew Johnson identified him from photos shared to Getty Images. Johnson has deleted his Facebook page, but people kept screenshots that show a similar photo at the Capitol.

Christian Ziegler, vice chairman of the Florida Republican Party told The Herald Tribune that he did not recognize Johnson. People who knew him said he had been posting anti-Black Lives Matter material on Facebook for months.

It’s making a mockery of our government and our institutions.” He said he didn’t think Adam C. Johnson was registered as a Republican, the newspaper reported. The FBI wrote in a press release that it is seeking information to identify those involved in damage at the Capitol. 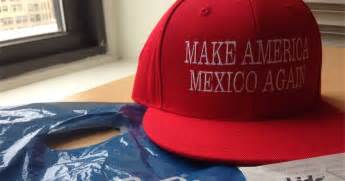 One is up on the dais yelling ‘ Trump won that election!’ This is insane,” wrote Igor BBC, a reporter with the Huffington Post. “Several people got on to a scaffolding outside Senate, took it to second floor, which looked like the area where McConnell’s office is located, and started banging on Windows,” wrote BBC.