The jumped mode doesn't have that much range and holding a key to go 1 octave up feels pretty weird and it's hard to play songs like that. But on the other hand, the full keyboard mode doesn't let you play sharp notes and the layout seems kinda random and for some reason it's completely different for every instrument. 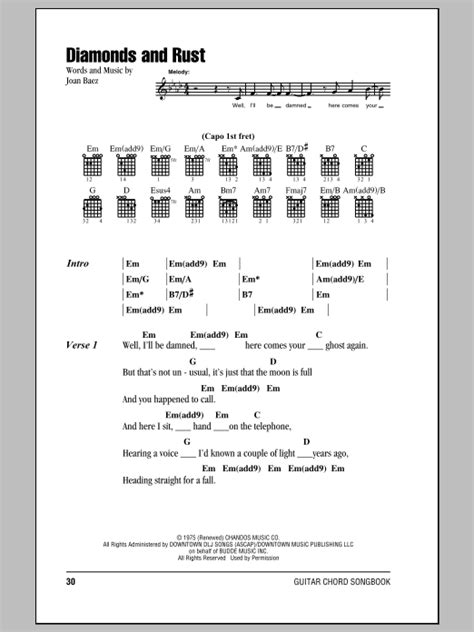 I use Virtual Midi Piano Keyboard (VMK), it's a free program that allows you to play piano with your keyboard, customize controls and you can set your output to a loop midi port and then you can play with VMK on Rust. With this program I can play a lot more songs and it sounds much better than with default Rust controls.

It's worth it for the fun of playing songs and people in game, including my friends usually find it impressive. But for beginner its nice start and it allows you to play simple stuff even if you don't have real instrument.

Please see the instructions page for reasons why this item might not work within Rust. This item will only be visible in searches to you, your friends, and admins.

One day I was browsing the steam guides on Rust for ways to play instruments, and noticed there wasn't a lot. And the ones that were there wanted you to download all of these programs off the internet, or to use a MIDI keyboard.

I didn't like this, so I decided to make this guide. This will teach you how to play instruments in Rust, WITHOUT the use of programs, file downloads or MIDI. After this, you can show off to your friends and people you meet in the world of Rust.

It is essential that you listen to crab rave while reading this, to assist in the learning. They all require different resources to craft, and can produce different amounts of notes.

I like to re-bind these so that it becomes easier to use with two hands. The different notes start at Z and work their way up the scale as you move right. If the instrument can play more than 10 notes the scale continues at A after Shift.

The lowest not you can play on the piano is 1, and the highest is right CTRL. I will not include a crudely put together picture of a keyboard, because I don't feel like it.

This instrument is make me any :(The drums also don't follow any of the other rules and therefore won't be explained either. I couldn't figure out the drums at all. I'll write this section if enough people want it.

For larger and longer chords, you need an instrument that can produce a wider array of notes. Here is an example of a larger G major scale, that fills all the notes of the acoustic guitar.

If you can read sheet music, and you have some sheet music you want to play in Rust remember this, If you want to translate a song into Rust /qwerty notes, first find the lowest low note and the highest high note. So let's take a look at hot cross buns, and let's assume you’re playing a trumpet.

The lowest note in this song is G, and the highest is B, but in Rust, that won't work. We are going to use the jerrycan guitar because it's the best instrument and if you think it isn't then you're wrong and also shut up.

Now, you can't play this in Rust yet, unless you have perfect pitch hearing, because the note names don't match. After renaming the notes in the song, the sheet looks like this, and is now ready to play. 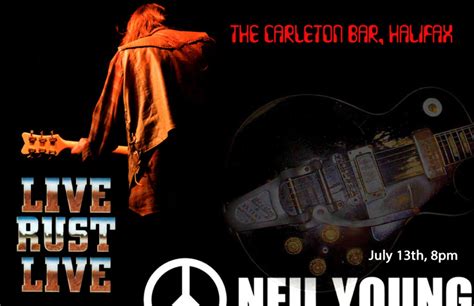 A central place for discussion, media, news and more. After a while spent dabbling in various forms of country, Neil Young almost casually invents grunge on the devastating Rust Never Sleeps.

Thematically inspired in part by hanging out with Demo, Young lets his dirty, “Shaka” style of lead guitar take the lead on the second half (where he is joined by the wild stallions of Crazy Horse), whilst the first half presents a contemplative acoustic set. I want the heavy version of the song to play at my funeral, personally. I’m laughing at myself now… somebody recommended this album to me, and they never mentioned that it was live… I never would have guessed.

The clarity and the music’s defined quality are unmatchable, and to think that somebody achieved this live, (literally) one take… That one’ll take me awhile to wrap my head around. For now, though, I want to get lost in these songs. You’re sitting on a couch on a cold day, wrapped in a blanket for a deliberately engendered sense of intimacy with yourself, a somewhat hedonistic desire to lose the mind and gain consummate serenity… And there's a cup of hot chocolate sitting on a coaster right in front of you, but you’re not thirsty; this is how to live, where the world feels like it has frozen its inevitable time, where everything is how it should be… and everything is pleasant.

You'd think that a guy who called himself Armadillo Fuck nuts would be difficult to forget, and well, you'd be right, but there I went and did it. So if you want your name to be remembered, by all means- go out in a blaze of glory, stupidly and too young.

It's more that I hate “farewell tours” that take place every consecutive year for two decades. I understand why people do it- you can't ever tell, and in the case your time is up, well, it's nice to have closure. 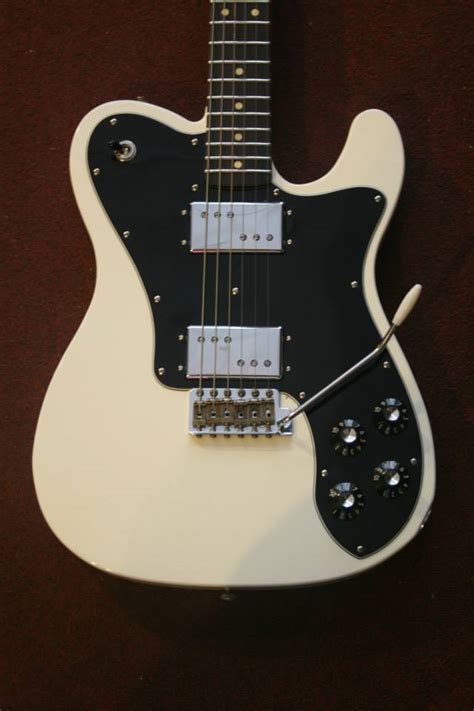 There's a certain melancholy about realizing how many people you've grown apart from without even trying, I'll readily admit. Nowadays I spend more time listening to history lectures than music.

It can be said, with some justification, that Pink Floyd's morose magnum opus 'The Wall' marked the death of 1970s rock music. If that is the case, then Neil Young's Rust Never Sleeps' nailed the coffin shut.

A decade that began with the death of the Beatles ended with Neil's brilliant reinvention of himself. The album walks the knife's edge between electric guitar -driven savagery and beautifully rendered acoustic imagery, and the dualistic pain to Johnny Rotten 'My, My, Hey Hey (Out of the Blue)'/'Hey, Hey, My (Into the Black)' mirrors the schizophrenic song selection to a tee.

But as a subtext to Rotten's meteoric rise and fall, there is an autobiographical allusion to Young's career. His last few albums released in the 70' ('Yuma', 'American Stars and Bars', 'Comes a Time') have their moments, but for every striking 'Cortez the Killer' or 'Like a Hurricane', there is a bland 'Gotta Love' or 'Stupid Girl'.

Neil Young was heading for irrelevance, but unlike the Rolling Stones (who went disco) or Zeppelin (who were fortunate that John Botham died before they made another dreadful album like 'In Through the outdoor'), Young released a backlash of violence that outgunned punk, yet drew from his vast acoustic repertoire to offer an album that both renewed the faith of longtime fans and won over a whole new generation of listeners. The lush lyrical imagery of such songs like 'The Thrasher', 'Ride My Llama' (a favorite), 'Powder finger' (another favorite) and 'Pocahontas' (complete with the ironic and absurdly hilarious campfire scene with Marlon Brando, Pocahontas and good of' Neil) are as good as any Young tune of his 'After the Gold Rush' period, and side two, featuring the indictment of war, 'Powder finger', juxtaposed against the wily humorous political jest 'Welfare Mothers' (and it is true: they do make better lovers), along with rockers 'Sedan Delivery' and 'Hey, Hey, My' offer both sides of Neil Young's persona: folk/country troubadour and rocking Crazy Horse.

Forget releases from Floyd, The Clash, Joy Division or The Talking Heads, Rust Never Sleeps' outdoes them all. By '79, a lot of people thought Neil was out of the game.

Needless to say, Neil adjusted to the punk thing pretty well. Which I guess makes sense, because you can argue that “Cinnamon Girl” and “Southern Man” are early punk songs to begin with.

“Powder finger” is one of my all-time favorite Neil Young songs. It's got this monster riff and these absolutely enthralling lyrics and an awesomely sloppy guitar solo.

It sounds like he hasn't had a guitar lesson in his life, but his tone is so perfect and his flurries of notes (when he's not doing the one-note thing) just make so much sense that it doesn't matter. And the acoustic side, while not as good, still has lots to offer.

Song ever, and if I didn't love that band to death I'd criticize them for it) while under the influence of the electric version's sheer power) and b) based on a gorgeous melody. The melody sounds like it was lifted from Dylan's “Love Minus Zero,” but it's well-done borrowing that plays more like an homage than a rip-off. 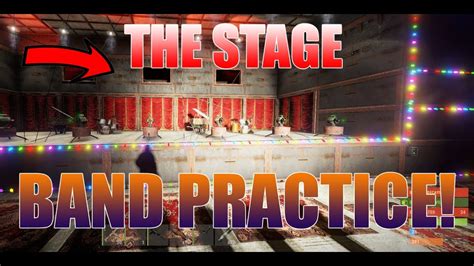 Besides, the lyrics are some of Neil's all-time best, and the sparse arrangement is touching, so why complain? “Pocahontas” is a bit overdone but still pretty, and “Ride My Llama” is a good song that sort of sits at the edge of greatness without actually attaining it, for one reason or another.

Just when you thought Neil had lost it, he showed everyone up, and delivered one of the best albums of his career. Then promptly spent the next ten years giving people one reason after another to think he'd finally snapped.