Treating the problem takes time and effort and requires a bit of know-how on your end. Here’s the deal, there are thousands of species of rust that can affect your garden or indoor plants.

Rust is an unattractive fungal disease that can stunt growth and reduce the healthfulness of your plants, but it rarely kills crops outright. On top of that, if you sell your plants at the market, no one wants to buy your leafy greens if they’re covered in rust.

Rust thrives in situations where it’s warm and moist, so it’s a common disease in climates with a hot, humid gardening season. If you live in an area that receives a lot of rain, rust is likely a common garden problem.

Gardens with poorly draining soil or plants that are overwatered frequently are susceptible to the disease. The spores are transferred to plant material either by blowing wind or by splashing water.

The fungal disease spreads easily, which is why it’s so important to address a rust infestation when it appears in your garden. The main signs of rust typically appear on plant foliage.

Common rust often starts out as raised spots, sometimes white. They appear in a variety of colors, including brown, yellow, or orange. 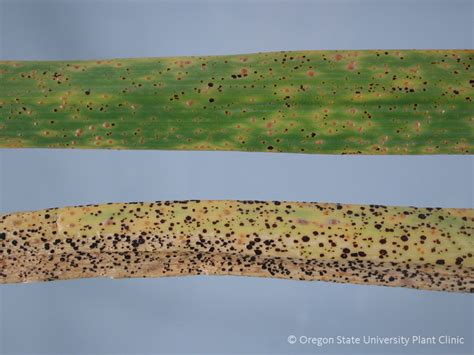 In severe cases of rust, leaves crumple, wilt, and fall to the ground. There are so many species of rust that it’s pretty much impossible to list all the plants that are susceptible to the disease.

When browsing seed catalogs or picking up new seedlings at your local nursery, select disease-resistant varieties whenever possible. Avoid leaving behind debris in your garden, especially if you live in a wet climate with lots of rain.

Splashing water easily transfers disease spores to foliage. Use mulch to protect your plants from rust spores living on the topsoil. 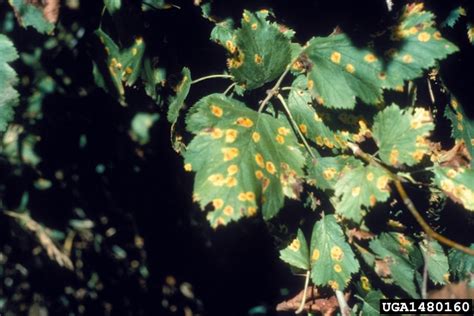 Don’t use overhead watering methods (spray hose nozzle or sprinklers, for instance). When choosing a spot for your garden, avoid waterlogged areas where water pools after a rainy day.

Avoid overdoing it with high nitrogen fertilizers, which can produce susceptible foliage. A nutrient imbalance is also likely to cause soil health issues that can exacerbate diseases.

If you’ve dealt frequently with rust in the past and want to implement an active strategy for preventing infection on vulnerable plants, use products like copper sprays. Clean your shovels, spades, and weeding implements regularly to avoid spreading rust around your garden.

Try applying copper fungicides or sulfur dust to affected leaves. Apply these types of sprays in the early morning or evening to prevent leaf burn.

One of the common fungi species that affects thousands of plant varieties across the world is rust. The rust fungus is a pathogen that relies on the host body to fulfil its needs. 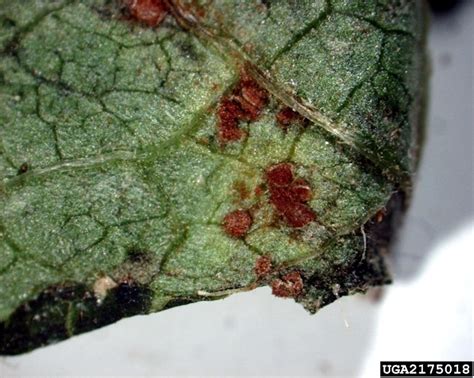 A rust infection can prove to be a big headache and can be extremely difficult to get rid of. More importantly, severe infections can lead to lethal plant deformities, including witch’s broom, galls, and hypertrophy.

Rust is one of the most harmful and dangerous pathogens and is thus, rightly considered a menace to your garden. However, in some cases, the infection caused by rust may manifest itself as red, orange, yellow, black, or brown spots as well.

If left untreated, these spores eventually become black, infecting the entire leaf and causing it to wither and fall. Therefore, the best way to keep this fungus away from your gardens is to ensure it does not get the optimal conditions it needs to grow.

Severe infections can lead to proper plant deformities, such as witch’s broom, galls, stem canker, and hypertrophy. In most cases, the rust fungus spreads through the wind, water, or insects. 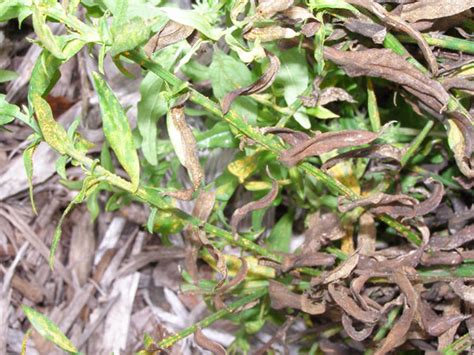 Since rust is a pathogenic fungus, once, inside the plant body, it produces more germ tube-like structures. By regularly checking the plant leaves, gardeners can identify a rust infection in time and stop it from spreading.

The fungus goes through different stages in its lifecycle and ultimately physically manifests itself in the form of yellow, orange, and brown powdery pustules. In case of severe infections, the color of these blisters or pustules can change to black or purple-brown as well.

If you think rust has affected your garden or plant products, the first thing you must do is check for blister-like swellings or spots on the underside of the leaves. Similarly, rust infections also manifest themselves in the form of white or yellow spots on the top leaves of a plant.

Thus, the best way to protect your plants from the rust fungus is to stay clear of overhead watering. In case you do not have access to a drip irrigation system, make sure to water your plants early in the morning.

This way the sun’s heat will make the water evaporate quickly, thereby naturally reducing any chances of rust infection by getting rid of any excessive moisture. Further, this kind of arrangement also creates space for disease spores to fly away from the garden. 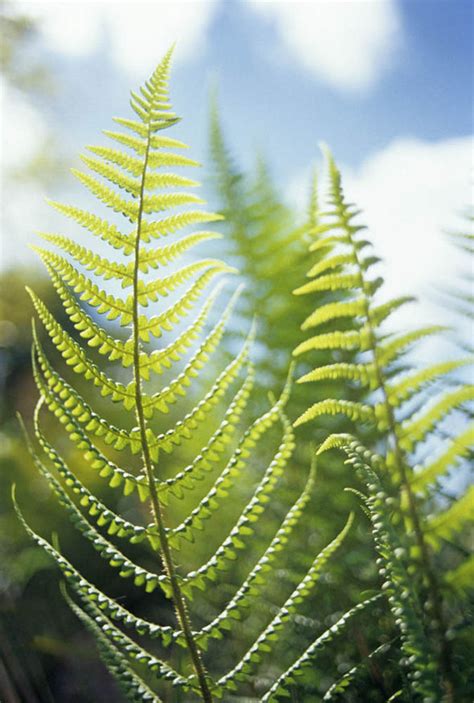 These days, hybridizers are continually working on developing rust -resistant plant varieties. Conversely, you can also use a mixture of baking soda and any low-intensity horticultural oil to keep the rust away from your garden.

Make sure to clean your tools every time you prune your plants or rake the soil. The mulch does an excellent job of preventing the spores from splashing back on to the leaves.

Lastly, if you already have a blooming garden, make sure you do not ruin it by getting in an infected plant. In this article, we have already discussed some prevention techniques that plant lovers can use to keep the rust fungus away.

One of the easiest ways to keep rust at bay is to use effective fungicide regularly. However, many people prefer making their own fungicides to tackle the problem of rust.

However, special attention must be paid to proportions while making baking soda-based fungicides. The excessive amount of salt present in baking soda can prove to be toxic for plants. 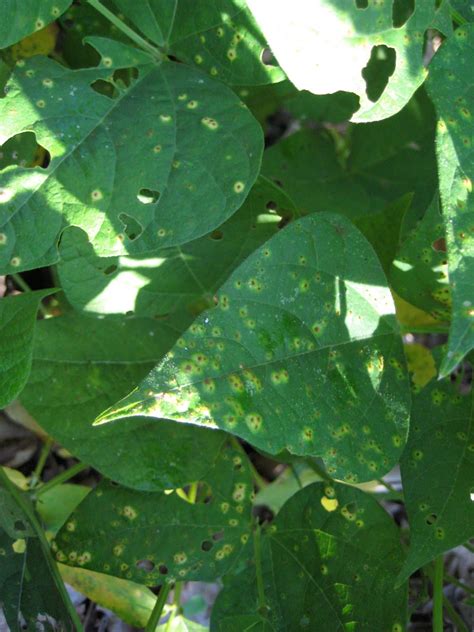 Mix well and pour this mixture into a bottle and then spray it on all the plants using a sprayer. Thus, read instructions and make sure the plant species on which you are planning to use your sulfur-spray won’t be negatively affected by it.

Further, lime sulfur should never be used on foliage and remember the best time to use this spray is right before or at the start of spring. A Bordeaux mixture is essentially copper sulfate mixed with water and lime.

Thus, to make your homemade Bordeaux spray, you will have to buy copper sulfate and hydrated lime separately, both of which are readily available online or at the garden center. Mix well, pour the liquid into a pump sprayer, and spray it on foliage.

However, if, by any chance, you weren’t able to take the required preventive measures, which led to a rust infection, it is important you get the opinion of an expert. As a matter of fact, a rust infection, if not treated in time, is capable of ruining all of your plants.

In the case of macro cyclic diseases, the fungus has a repeating stage in its life cycle. On the other hand, if the fungus affects the host plant, the treatment involves the use of resisting crops.

In this case, experts get rid of the rust infection by planting resistant crops. In the case of tricyclic diseases, since there is no repeating stage in the fungus life cycle, the only way to get rid of the infection is to remove either the primary or alternate host.

However, certain fungi continue to survive even after the removal of the primary or alternate host. Thus, in this case, special techniques based on the plant type are used by experts to get rid of the rust fungus species.

If you have been dealing with a rust infection and have tried everything to make it go but absolutely nothing has worked, it’s probably a good idea to get the opinion of an expert. The good news is this fungus can easily be kept in check by following the simple preventive measures discussed in this article.