Making statements based on opinion; back them up with references or personal experience. Iteration with in, trait implementation with imply, or (for<'a>).

For-in-loops, or to be more precise, iterator loops, are a simple syntactic sugar over a common practice within Rust, which is to loop over anything that implements Incinerator until the iterator returned by .into_iter() returns None (or the loop body uses break). As shown in the example above, for loops (along with all other loops) can be tagged, using similar syntax to lifetimes (only visually similar, entirely distinct in practice).

Giving the same tag to break breaks the tagged loop, which is useful for inner loops. More details on the functionality shown can be seen at the Incinerator docs.

There may be instances, where a block of code needs to be executed repeatedly. Programming languages provide various control structures that allow for more complicated execution paths.

Given below is the general form of a loop statement in most of the programming languages. The for loop executes the code block for a specified number of times.

It can be used to iterate over a fixed set of values, such as an array. Sr. NoName & Description1The while loop executes the instructions each time the condition specified evaluates to true.

Instead of rewriting these sections of code, we can place them in a loop and allow Rust to automatically execute them as many times as we need. The compiler will evaluate the condition and based on its results, execute the code.

Then, the compiler will start again at the top of the loop code and evaluate the condition again. This cycle of iterations continue until the condition is false, or we manually stop the loop.

First, we set up a mutable variable called counter. Next, we specify our condition that while the counter variable value is less than 10, the loop should iterate.

Inside the while code block, we print out the counter number to the console. Lastly, we add 1 to our counter variable to indicate that the loop iterated once.

When we run the example, the output shows a list of numbers from 1 to 10. In the code block we printed the counter number at that stage.

Because the condition proved true, the compiler will go back to the top of the while loop and evaluate it again. This made the evaluation prove false so the compiler stopped the loop.

This is known as an infinite loop and it will significantly slow down the system until the application crashes. To stop the application, right-click in the Console tab in Eclipse and choose To terminate/Disconnect all.

The temp variable will then reference the individual element in that collection or array. In the example above, we use the .inter() function to iterate over elements in the employees array. 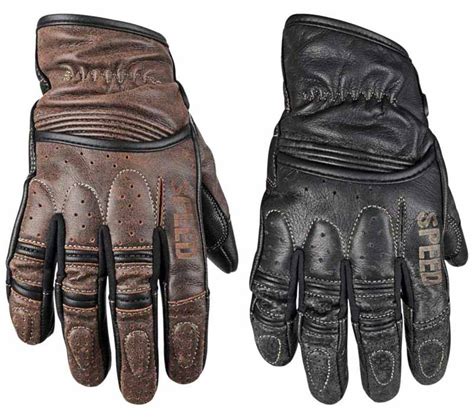 Nweston added a commit to Weston/ rust Clippy that referenced this issue Sep 10, 2015 A tilde (~) means “at least this version, until (but excluding) the next minor/major release”.

That's because it takes advantage of move semantics to acquire ownership of its argument. Your program panics because you're trying to borrow the DEC mutably and immutably at the same time: this is not allowed.

At present, += is only defined on the primitive integer types; generically, you will need to expand it to *x = *x + 1; instead. This then reveals more problems:

Putting aside “you should be using Result where possible,” yes, this is basically how you catch a panic in Rust. You don't really recover from panics in Rust, you isolate them, then detect them....

Bring and adding and such with references doesn’t make sense; you need to reference it, getting the underlying u8. If you read the documentation for Result::unwrap, you'll note that it's under a little section called: imply

An ex tern crate x; loads x into the current namespace. Use statements are absolute paths unless they start with self::, so if you put your ex tern crate core; anywhere but the crate root then you need to specify an absolute path or use self::.

Yes, you can completely avoid garbage collector and manual reallocation in most cases. In some you rely on RC which is a simple form of garbage collection, or unsafe, ...

You cannot call the method Len() on a value of an unknown type. Traits in Rust can contain type members which are assigned with concrete values at the implementation site, and the compiler considers them uniquely identified by the combination of type parameters...

Short answer The function fn2 receives a reference to a MyEnum1 as a parameter, but the Struct1 contains an owned MyEnum1. This means that you are actually trying to turn a reference into an owned value, which is only possible if you copy the data.

If you look at the documentation for DEC::debut, you'll note that it's in a little section marked by the following: imply

You're allowed to mutate the contents of a Cell even when it has been immutably borrowed multiple times. To me it seems like let c = Bar::Pub(&17), the 17 lasts the same lifetime as the previous line where “Foo” is created on the stack A string literal always has 'static lifetime and will therefor always live long enough.

Your C-Function has a different signature from the ex tern function you declared in Rust -Code. Cargo passes arguments to the test binary if you specify it after --, so something like this should work: cargo test -- module::you::want::to::test However, you can't compile only a part of a...

You shouldn't be returning a pointer to a local stack variable at all. Doing so is undefined behavior, and the compiler is completely free to do whatever it wants.

When you say unsafe, you are promising the compiler that you will manually uphold all of its expected invariants... and then... Iterates over the slice other, clones each element, and then appends it to this DEC.

It is not entirely correct to ask when Cell or Recall should be used over Box and RC because these types solve different problems. Indeed, more often than not Recall is used together with RC in order to provide mutability with shared ownership.

Your problem in fact is that chunks() gives an iterator of slices into the original vector, and because you're trying to use this slice in a spawn()ed thread, it must have 'static lifetime, but naturally it does not. So the idea behind a hypothetical implementation would be to sum both lengths so that chain_a_b.Len() == a.Len()...