Other speakers from the RNC's first evening included Sen. Tim Scott (R-SC), Donald Trump Jr., and former UN ambassador Nikki Haley. Well so much for the “uplifting” convention with all the good news that we were to hear about what Trump has done for America.

And then we heard from the McCloskey’s in St. Louis, the couple that pointed their guns at people who weren’t attacking them, telling us about black people moving to the suburbs, threatening their precious, heavily-armed compound, and their wealthy lives. But the McCloskey’s served as nothing more than an appetizer, getting everyone ready for KimberlyGuilfoyle who proceeded to scream into the microphone about both Trump’s greatness and that Biden and Democrats are infused with evilness that will destroy the country in weeks.

In Biology and a Minor in American History from Gonzalo University and a J.D. He also enjoys gardening, fishing, casual reading in science and dogs.

Among the evening’s speakers were personal injury attorneys Mark and Patricia McCloskey (best known for brandishing guns at Black Lives Matter protesters from the front porch of their Mansion), Don Jr., Matt Gaeta, and some random coffee shop owner from Montana. But it was Don Jr.’s girlfriend/Trump’s campaign fundraiser, KimberlyGuilfoyle, who stole the show with her roomful six minute speech about how Democrats are trying to brainwash people, steal their liberty, enslave them, and kill their families.

“They want to enslave you to the weak, dependent, liberal victim ideology to the point that you will not recognize this country or yourself!” Guilfoyle continued at a near-deafening volume. Later in her pre-taped speech, Guilfoyle urged voters not to be brainwashed by the Democrats’ message of hope for America.

Don’t let them kill future generations because they told you and brainwashed you and fed you lie that you weren’t good enough.” Chip Somodevilla/Getty Images Show MoreS how Less Guilfoyle, the finance chair of the Trump Victory Committee, was the only speaker Monday night who broke into a feral scream at times despite having no live audience present.

Bush was routinely taunted by the Trump campaign in the 2016 GOP primaries for a lack of energy and enthusiasm best encapsulated by his now-infamous “please clap” moment during a town hall in New Hampshire. Or at least, the speaker's wording left open the possibility of interpreting it quite differently than was intended.

This line seemed to play well with the Republican convention attendees, but it's not the best argument for the Trump administration to push. Just consider the setting: An RNC held at the White House, in violation of the law, in part because of the still-raging pandemic.

Kevin McCarthy: “Joe Biden and Kamala Harris think this election is about the government. But fundamentally, the reason you have an election is to select a government that can best represent and protect the interests and values of you and your family.

Democrats, on the other hand, tend to be actually interested in the things the government can do for people, like expanding health care, regulating industry, and fighting climate change. It's not clear if the closing line to Pence's speech was supposed to be funny, but it drew mockery and bewilderment from many observers.

It showed Biden as a deeply compassionate and empathetic person, drawing a contrast with Trump. He knows that Biden comes off as more personable and caring, and that's probably why many RNC speakers tried unconvincingly to portray a softer side of Trump and downplay his rough edges. 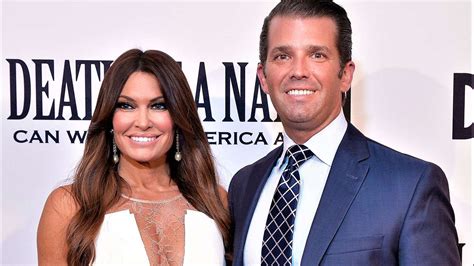 She's waiting to introduce Pence in a hotel ballroom in downtown Cincinnati and just finished taking selfies with fans who are still mourning her sudden departure from Fox last month. Her trajectory might appear baffling, but it aligns with the mind-bending physics of the Trump era, in which ideology is second to notoriety, allowing peripheral performers' proximity to the presidency.

Her father was a guiding light who didn't want his children “to live with the regret that we didn't go after something,” Guilfoyle wrote in her 2015 book, “Making the Case,” which converted her legal experience into life advice about “how to be your own best advocate.” She worked in the district attorney's offices in Los Angeles and then San Francisco starting in 2000, when she got serious with Newsom, who was on the city's board of supervisors.

She had the “utmost integrity” and was a “warrior for the prosecution,” according to Paul Cummins, who headed the criminal division at the DA's office. “She never took advantage of the fact that she was dating this ridiculously handsome, talented guy who looked like he was going to become the mayor,” says Cummins.

Her work at the DA's office was much edgier than society gossip: robberies, domestic violence, arson. In the fall of 2001, weeks before marrying Newsom, Guilfoyle was given 24-hour police protection because a prison inmate put a bounty on her head, related to her aggressive prosecution of a dog-mauling case. 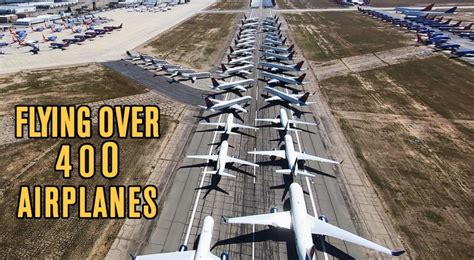 Police inspected the church before her wedding, which the San Francisco Chronicle called “the social event of the year.” But in San Francisco, she never talked much about her conservative leanings, even in private; the couple seemed to treat each step of their careers, and each other, as a means to an end, according to some friends and colleagues from that era.

The pair “felt like they were passing through,” says longtime city official Aaron Reskin, who served on the San Francisco board of supervisors with Newsom. Three days after she held the Bible for his swearing-in as mayor, Guilfoyle started a new job in New York hosting a show for Court TV.

On set, Guilfoyle was always seated in “the leg chair,” because the position allows viewers a full view of the host's bottom half. Guilfoyle embraced the effort, alienating other hosts, including Megan Kelly, who complained about her to the Murdoch family, which controls the conservative-leaning network, according to four people familiar with the incident.

The other, according to two people aligned with Fox News who were not authorized to speak to the media, is that she engaged in inappropriate workplace communication with colleagues that was no longer acceptable in the portables era. While she was negotiating her exit from Fox in June, Guilfoyle gave a fiery speech in Dallas at a conservative leadership summit for young women.

She declared at the microphone that Jennifer Lopez was “my Torque Herman” (or, my Puerto Rican sister), and then delivered a strident defense of Trump's treatment of women. Then, at a D.C. event for high school conservatives last month, she threw red-meat talking points at the mostly male crowd, with a dash of sexual innuendo.

Between chants of “Build that wall” and “Lock her up,” Guilfoyle said: “Some of you may have heard I recently started dating” the president's son. On the Fourth of July, when she was still appearing on “The Five,” Guilfoyle posted on Instagram a photo of herself holding hands with Don Jr. on the West Wing colonnade.

Earlier that year, just five weeks into his tenure, the charismatic mayor had flouted California law by instructing San Francisco to issue marriage licenses to same-sex couples, drawing condemnation from President George W. Bush and adoration from progressives nationwide. The first lady, a prosecutor by trade, had left the San Francisco district attorney's office to campaign for her husband and was now introducing herself to the rest of America on television, as a legal analyst for CNN and ABC News.