“Palest, one our great investigative reporters, exposes one of the many mechanisms the corporate state uses to keep us enslaved. “Greg Palest is a real American hero trying to save our democracy.

If you’re not sick and outraged and ready to vomit, then don’t talk to me. When I see a cruel bucket of garbage and winky-winky racism and bullshit and venom like Mike Pence, fawning to an orange-stained bloating bigot, then talk to America like he’s some kind of Boy Scout, I want a gun, or a TV network where I can tell the truth or a giant washing machine to dunk America and rinse off the crud of lies and pure manipulative evil that they’re feeding us.

It’s called How TrumpStole2020 : The Hunt for America’s Vanished Voters. I watch these smug jerks and I’m ill … because I know something they won’t tell you.

In Detroit, 75,355 ballots were never counted because of 87 broken scanning machines. By the way, these numbers are from the raw data supplied to me by the US Elections Assistance Commission.

So: Trump wasn’t elected by voters but by voter-vanishing trickery. From We the People who march to the polls believing America is still a democracy, the land of the Brave, home of The Free, and that our votes count.

I have two kids and God forbid if I stand here silent with my hands in my pockets whistling at my shoes. Trump isn’t a billionaire: he just plays one on TV. 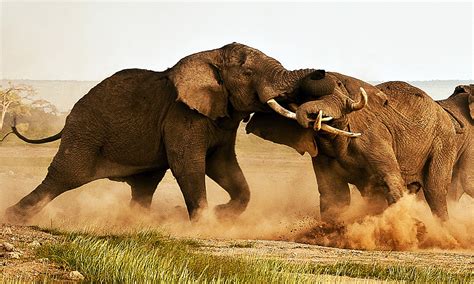 Then get the book right now by ordering it on Amazon or Barnes & Noble or Bookshop. Or go and pound the counter at your local bookstore and tell them that instead of another Yoga Diet Cookbook you want a HAND GRENADE MADE OUT OF TRUTH: How TrumpStole2020.

[Whichever way you choose to get it, your dollar goes to support the Palest Investigative Fund. Get the info ammo and pass it on to your friends and mailing lists.

Greg Palest has written four New York Times bestsellers, including Armed Madhouse, Billionaires & Ballot Bandits, and The Best Democracy Money Can Buy, now a major non-fiction movie, available on Amazon ”” and can be streamed for FREE by Prime members! Stay informed, get the signed DVD of the updated, post-election edition of The Best Democracy Money Can Buy: The Case of The Stolen Election, a signed copy of the companion book ”” or better still, get the Book & DVD combo.

AmazonS mile will donate 0.5% of your purchases to the Sustainable Markets Foundation which automatically goes to the benefit of The Palest Investigative Fund and you get a tax-deduction! “If I had to choose the organization that has done the most to threaten the votes of the non-white voter, it wouldn’t be the Ku Klux Klan nor the Proud Boys nor the white supremacists chanting, “Jews Won’t Replace Us!” These are frightening clowns marked by easy-to-spot Anglo racism.

It’s the Pew Trust that founded ERIC, the Electronic Registration Information Center, the purge operation that tagged Milwaukee County Supervisor Sequence Taylor a ‘mover,’ that is, a potential fraudulent voter who must lose her vote.” Excerpt from How TrumpStole2020 This month’s NationofChange Booklet Pick from Greg Palest is too good (and too important) to put down.

Josh Fox, The Young Turks Palest lets you in on the nasty secrets of Trump America’s democracy: The chance of your vote being thrown in the garbage is 900% higher if you’re Black than if you’re white.

In How TrumpStole2020, you meet the scamps, scoundrels and drifters (or “Governors” as we call them in America) doing the dirty to voters of color. Check out the photo of Palest confronting GOP Governor Kemp of Georgia whom Palest catches under a neon pig at a baroque joint to ask Kemp if he’s wiping away Black voter registrations to steal the election.

Greg Palest lays it out, following the money and naming the names, in his new book, “How TrumpStole2020 : The hunt for America’s Vanished Voters,” which was released this week, and is available at gregpalast.com. Starting with W’s theft of the election in 2000, he paints a picture of graft, theft, and malice, in which Republicans steal national office from Democrats, and Democrats steal their own party from their own progressive wing.

As with Palest’s writing in general, it achieves that all too rare combination of being both informative and entertaining. The tome is chock-full of statistics and facts, all studiously researched and well-supported, and punctuated regularly with punchlines for comic relief.

It also includes a comic book pull-out by Ted All, which provides an invaluable Cliff Notes version of voter suppression tactics. Greg Palest is an investigative journalist who has written for the Guardian, BBC Television, Democracy Now!, Rolling Stone, and more. 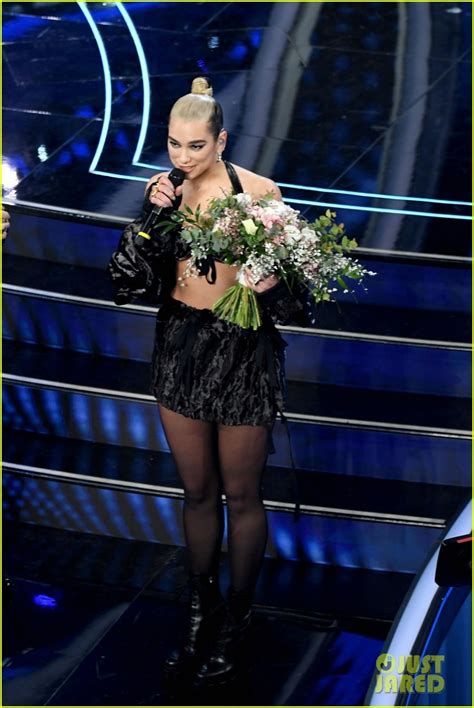 In 2001, he exposed how Florida was stolen from Al Gore, and since then, one of his main focuses has been voter suppression in the US. On this topic, he has few peers and has unearthed numerous scandals that deserve greater attention.

I interviewed Palest on July 15th, and we discussed the moneyed interests behind voter suppression, including the Koch brothers, Paul “the Vulture” Singer, Georgia Pacific (the logging company), Georgia Power (the utility). What follows is a partial transcript, edited for clarity.

Sonnenblume: I got a copy of your book from Seven Stories and I had a chance to read it ahead of time and a lot of it I already recognized, from previous writing of yours but it was amazing to have it all together in one place. The scope of the theft and the graft is just breathtaking, honestly.

My fellow journalists don’t want to look at the actual numbers of the vote theft. They stop short of going after the real information of the numbers because it’s so shocking.

That not only the media but the Democratic establishment basically ignores this scandal. My investigation covered that they had removed tens of thousands of Black men from the voter rolls before the election of 2000.

(At the time, in Florida, if you had a record you couldn’t vote.) Sonnenblume: So there’s a whole list of people, and we’re getting rid of them because they’re felons, but then they’re not.

I know they were black because it said “BLA” next to their names in the voting records. Palest: All these other stations, like CBS, and the Palm Beach Post, they were all saying, “They found all these ex-cons on the voter rolls.” But no one actually asked for the list.

We started going through the list and went to the attorney general and said not one of these people is an illegal voter. One, that story was on the front page of virtually every newspaper on the planet except the United States.

What we call “alternative media” is “the news” in the rest of the world. The Democratic Party does not defend voters of color.

There're all kinds of reasons and one of them is simply the current Democrats wouldn’t be in charge of the party. I was talking to Norm Chomsky last night and his favorite chapter is “California Remain’” which is about the theft of this last primary. 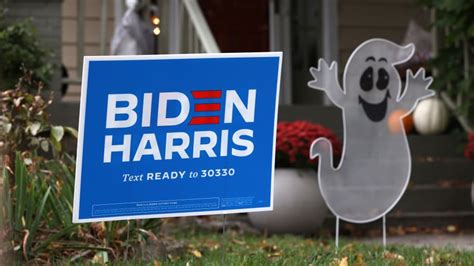 Sonnenblume: You also talk about the money behind some of this and that’s what I hadn’t quite caught before. I hadn’t known about the connection between the Koch brothers and the 2013 Supreme Court case which brought down part of the Voting Rights Act.

Billy Koch needed the Excel pipeline because he runs a company called Oxbow Carbon. It dries out and becomes this filth which is petroleum coke, which is like coal made from oil sludge.

Trump was hostile Excel pipeline because it is, after all, foreign oil coming into America, but he got a lot less hostile when he got a big, big check from Bill Koch. Sonnenblume: It also stood out for me when you mentioned Georgia Pacific, the logging company, because I spent a good amount of time in the Pacific Northwest and was involved in forest defense out there, and George Pacific is on my hate list.

Now understand, he wiped out half a million of voters while he is running for governor of Georgia. Once again, I’m the only journalist who actually said, “I want those lists.” He wouldn’t give them to me.

I sued him in federal court, won in federal court, got the list, went through it name by name with a very sophisticated computer program, and we proved that 340,134 voters had been wrongly removed. They clear cut forests for pulp and turn it into toilet paper. 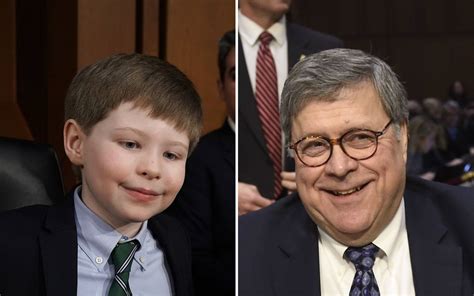 The elites of Georgia got together and said, “We’ve got to stop this woman,” but they had a problem: there weren’t enough white guys to elect Brian Kemp as governor, so they had to remove the non-white guys. You’ve gotten to the heart of it: it wasn’t about stopping Stacy Abrams or Hillary Clinton, they were doing it for the money.

Race is merely the weapon because it’s easy to wipe out Black voters. Sonnenblume: A lot these things were illegal before the Voting Rights Act was gutted in 2013, and you tell the story how that case got brought to the Supreme Court, and that the Koch brothers were behind that too.

They got it from Donors Trust, which is a cut-out for the Koch family interests. So it was Koch money behind taking apart the Voting Rights Act, and they did that in coordination with a guy named Paul “the Vulture” Singer.

He’s not called “the Vulture” because of his friendly business practices. The Vulture is a vicious financier marauder, whose activities are illegal in most of the world.

I will actually take a bow here; after I did some investigations of him, laws were passed in England, Germany and China to stop this guy. But not in the United States, because he bought himself a political party called the Republicans. 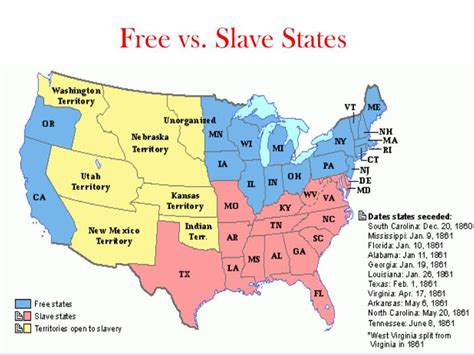 He got George Bush to back off taking action against him. On the other hand, God forbid a politician he didn’t buy gets elected, so Paul “the Vulture” Singer, through his hit squad called the Manhattan Institute, a supposed think tank, pushing legislatively to stop the Voting Rights Act from being voted back into law.