President Donald Trump gives a thumbs up as he walks to board Marine One on the South Lawn of the White House in Washington, DC on Monday, Dec. 04, 2017. Trump's first year in the Oval Office has been dominated by several months of apocalyptic rhetoric with North Korean leader Kim Jong-un. 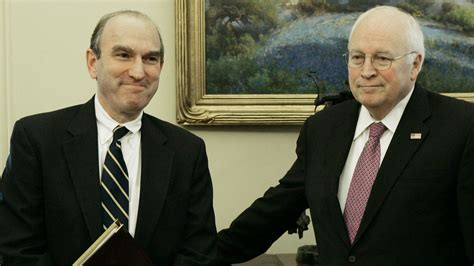 Trump sought to take credit for the talks, tweeting that it was his “firm” and “strong” foreign policy stance that had brought about a major diplomatic breakthrough. Children stand on U.S. and Israeli flags during a protest following President Donald Trump's announcement that he has recognized Jerusalem as Israel's capital, in Islamabad, Pakistan.

Late last year, Trump dismissed warnings from American allies throughout the Middle East and announced Washington would officially recognize Jerusalem as the capital of Israel. “When I came into office, I promised to look at the world's challenges with open eyes and very fresh thinking,” Trump said as he delivered his speech on December 6, before adding: “This is nothing more, or less, than a recognition of reality.

Trump also announced the U.S. would move its embassy from Tel Aviv to Jerusalem, a decision that upends decades of Washington policy. Jerusalem has special religious and cultural significance for Jews, Muslims and Christians and its territorial status is a key factor in the Israeli-Palestinian conflict.

Trump's announcement was widely seen as the U.S. siding with Israel and breaking with its former role as an honest broker in a fragile regional peace process. Last week, Trump agreed to uphold sanctions relief for Iran as part of the Joint Comprehensive Plan of Action (JC POA), signed in 2015 by all UN Security Council members and Germany.

In his first tweet of 2018, Trump said the U.S. had foolishly handed Pakistan more than $33 billion in aid over the last 15 years, while gaining nothing in return but “lies and deceit.” Just a day later, the South Asian nation's central bank announced it would replace the dollar with the yuan for bilateral trade and investment with Beijing. 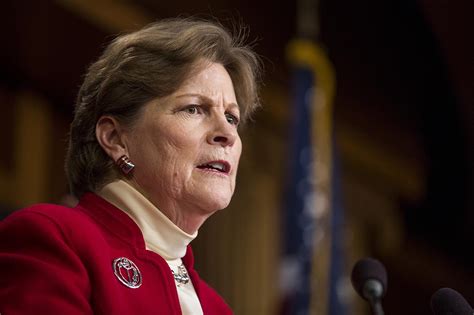 As Trump officially announced the strike, he said the targeted airfield had launched the chemical attack on a rebel-held area and called upon other nations to oppose Syria's embattled leader. Russia has been unwavering in its support of Syrian President Bashar Assad, who has been accused of war crimes and the use of chemical weapons against his own people.

From his early days on the 2016 campaign trail, Donald Trump made clear in just two words the aims his foreign policy would pursue: “America first.” Regardless of the outcome of the US election on November 3, the changes under Trump in both policy substance and delivery have shaped the arena in which other global actors conduct diplomacy, as well as their own approaches.

In addition, US formative action has often been unilateral and disregarded international consensus, such as the decision to formally recognize Jerusalem as the capital of Israel and to relocate the US Embassy there. Margaret MacMillan, a history professor at the universities of Toronto and Oxford and visiting historian to the Council on Foreign Relations, said the US has “really damaged what was a useful network of alliances and international institutions for it.

In fact, a September survey from the Pew Research Center showed that approval of the US among many nations has dropped to its lowest-ever level in decades. “ Trump's antagonism toward multilateralism represents a philosophical difference between Washington and European capitals,” the Carnegie Endowment for International Peace wrote in a February 2020 assessment of the trans-Atlantic relationship, the European-American partnership that emerged out of World War II and represented shared values, goals and global approaches.

He has repeatedly questioned the value of alliances like NATO, announced a punitive withdrawal of US troops from Germany, enacted trade tariffs against the EU and threatened sanctions over the Russian gas pipeline Word Stream 2. His sharp criticism has been welcomed by many who believe that China has unfairly benefited from global trade arrangements criteria for too long, while simultaneously engaging in human rights' abuses. 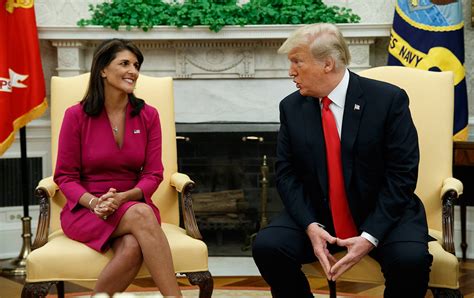 A further consequence of four years of Donald Trump is that autocratic rulers have been emboldened on the global stage. While many were in power prior to Trump, his dealings with them, ranging from the non-critical to the admiring, underscore a latent approval of governing style and reveal an unwillingness to address alleged violations.

Allies would pay full price for U.S. protection, adversaries would be confronted and vanquished, and the United States would pursue its own self-interest with scant regard for diplomatic niceties. He’d stop China from “stealing” American jobs and take the United States out of “bad deals” like the Paris climate accord and the nuclear agreement with Iran.

Portraying himself as a master negotiator, he promised to reach “beautiful” new trade deals that would restore U.S. manufacturing and usher in a new era of prosperity. The United States would play the sucker no longer: It would get “out of the nation-building business,” crack down on immigration, rebuild a supposedly weak defense establishment, and get Mexico to pay for a wall on the southern border.

The administration also negotiated a new trade agreement with South Korea and an updated version of NAFTA, although neither deal marked a dramatic improvement over the prior arrangements. Some observers would also give his administration credit for midwifing the establishment of diplomatic relations between Israel and several Arab states, although these steps did little to advance the cause of peace or justice in the Middle East.

Instead, Trump got himself impeached for trying to bolster his reelection prospects by withholding U.S. aid to Ukraine until Kyiv dug up some dirt on the Biden family. Russia is still interfering in Ukraine today, still supporting the Bashar al-Assad regime in Syria and warlord Khalifa After in Libya, and still conducting murderous attacks on perceived threats at home and abroad.

After exchanging some childish taunts on Twitter with North Korean leader Kim Jong-un, Trump had the good sense to turn to diplomacy instead. Instead of orchestrating a systematic negotiation to limit North Korea’s nuclear and missile programs, however, Trump opted for a pair of “reality show” summits with Kim that were long on spectacle and short on substance.

The president lost interest in the issue as soon as his PR stunt failed, and North Korea’s nuclear arsenal and missile capabilities have continued to improve ever since. Yes, a lot of ordinary Iranians have suffered as a result of U.S. sanctions, but the clerical regime is still in power, hard-liners have gained more influence, and Iran has resumed enriching uranium, increased its stockpile eightfold, and cut its breakout time in half.

Furthermore, despite his early pledge to rebuild the sinews of American power, Trump did little to improve U.S. infrastructure, and his immigration policies made it harder for U.S. firms to recruit the best talent from overseas. Instead of encouraging national unity and a broad sense of patriotic respect for our fellow citizens, he spent his four years in office sowing greater divisions.

Hiring inexperienced outsiders would inevitably lead to a lot of rookie mistakes; appointing people who knew how to make the government machinery run would enable them to continue the policies he had promised to end. This problem was especially acute in the area of national security, where Trump ’s knowledge was particularly limited, and it helps explain his erratic responses to issues like NATO, Syria, Iran, and Afghanistan. 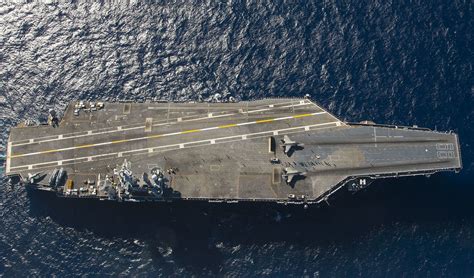 Trump also proved to be a petulant, unpredictable, volcanic, and ungrateful boss, who managed to burn through four chiefs of staff and four national security advisors in less than four years. One staffer called Trump ’s White House “the most toxic working environment on the planet,” and turnover rates inside the administration remained at historically unprecedented levels throughout his term in office.

Trying to manage a complex world in the midst of such chaos would have taxed a Bismarck, a Lincoln, or a Roosevelt, and Trump was a far cry from those canny and subtle strategists. Qualities that had sometimes worked in his up-and-down business career, in reality TV, and even on the campaign trail proved wholly unsuited to the tasks of governing, especially in the unforgiving world of foreign policy.

He could have built on the Iran nuclear deal to move toward a more even-handed, balance-of-power posture in the Middle East and ended the Afghan War promptly. Properly implemented, a shift to a more realistic grand strategy would have kept the United States secure and prosperous, and freed up resources needed to address pressing priorities at home.

It’s long pastime for President Trump ’s detractors to admit he has had quite a string of successes when it comes to foreign policy, and some are finally relenting. The Washington Post’s David Ignatius, for example, had to admit President Trump hit a home run with the deal he helped negotiate for Israel and the United Arab Emirates to normalize diplomatic relations.

And the Middle East peace plan his son-in-law and adviser Jared Kushner has developed is said to be the best hope for resolving the Israel-Palestine conflict since at least Oslo. He has forged new and stronger relationships with not only Mexico but Brazil, whose president won because he was the most Trump -like candidate in the race, as well as Guatemala and others.

President Trump has stood up to all the forced theft China inflicts on American firms and then some. He placed 25 percent tariffs on $250 billion worth of Chinese products, which has made them less competitive in the U.S. and forced pressure on Beijing to reform.

But thanks to his strong economic policies, unemployment and inflation were basically non-existent before the pandemic, so Chinese firms, not American consumers, paid the costs of these tariffs. That streak of light you no longer see above the Sea of Japan is the end of North Korea’s previously rather regular missile threats to its neighbors and to the U.S.

The president scored a major military victory over a group of Russian soldiers fighting in Syria. Earlier this year, world oil prices dipped below zero briefly, and they have remained historically low.