How Is Poland Weather

Spring begins in March, bringing sunny days and, sometimes, rain and light frost, with daily temperatures ranging from 5 deg. C. The summer can be really hot, with temperatures around 20-25. It begins in late May / June and lasts until the end of August. 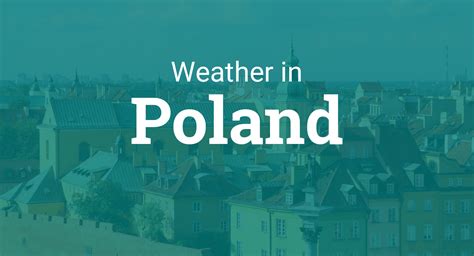 It is cold and cloudy and brings frequent snowstorms and relatively low total precipitation. The warmest areas in Poland are the Silesia Lowland and Sandomierska Upland, while the coldest spot is in the north-eastern edge of the country in Walk.

The coolest area in July is the mountains, where the air temperature drops as the altitude increases (on average by 0.6 deg. On average, there are only five such days at the Rozelle Cape and over 40 in the Sandier Basin and Lublin Upland.

As regards clothes to wear, lightweights are recommended in summer months while medium to heavy weights are advised in winter. Owe use cookies on our website to offer you the best possible browsing experience, tailored to your own requirements.

Poland lies in a moderate zone with mixed continental and oceanic climate influences. The average annually temperature is about 6-8 degrees Celsius while the rainfall is estimated at 700 mm.

Leaving meteorology and geography aside, it is useful to know that the weather in Poland is highly unpredictable and varied. As the weather here can be quite unpredictable, to get the best out of your Polish experience it is important to include both an umbrella and sunglasses, necessary equipment all year long.

Summer, from June to August, is mild or pleasantly warm: the average daily temperatures are around 17/19 °C (63/66 °F). However, there is a moderate amount of sunny days, which may be hot, especially when warm currents arrive from the south-east: in these cases, the temperature can reach 30/35 °C (86/95 °F).

The Baltic Sea is very cool, if not cold, even in summer, however, the water temperature reaches 18 °C (64 °F) in August. Precipitation in Warsaw is not abundant, in fact, it amounts to about 530 mm (21 in) per year; the driest seasons are winter and spring, while the rainiest is summer.

The sun in Warsaw and in Poland is rarely seen from November to February, while in summer, it shines for a moderate amount of hours, although it can be obscured not only by Atlantic disturbances but also by afternoon cloudiness, which can sometimes lead to thunderstorms. In southern Poland, where mountain ranges such as the Suites and the Tatars are found, the climate is naturally colder. 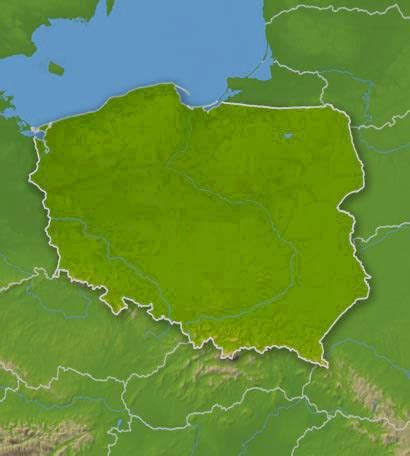 The best time to visit Poland is summer, from June to August, however, you can generally go in the warm season, from mid-May to mid-September. In winter: bring very warm clothes, a fleece, a down jacket, a hat, gloves, a scarf, and a raincoat or umbrella.

It lies in Eastern Europe, north of the Czech Republic and Slovakia and has a coastline upon the Baltic Sea. The country is mainly covered by low-lying rolling plains below 1000 ft, but in the southwest and east, you will find mountain ranges which rise above 4000 feet.

In the low-lying regions, the biggest factor affecting weather conditions is proximity to the Baltic Sea. Comparisons between Warsaw and Kraków will probably be the best way to illustrate the weather differences between northern and southern Poland.

Warsaw is Poland the largest city and also it's capital, lying on the Vistula River, about 370 kilometers from the Baltic Sea and the Carpathian Mountain range. From June to August is the wettest time of the year with average monthly precipitation being 60 to 70 mm, compared with 20 to 30 mm in December and January.

Kraków lies in the south of Poland, where colder temperatures prevail year-round; it witnesses between 23 and 58 days below freezing across the year. In the summer the city is hit by the western blowing winds which bring rainfall and thunderstorms. 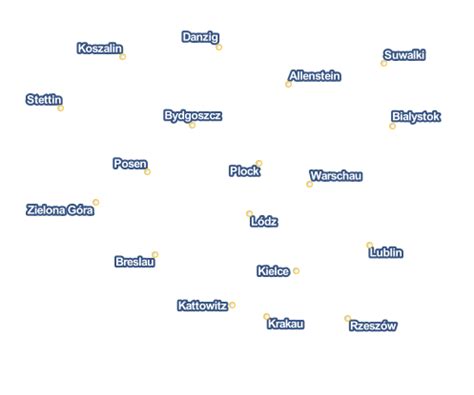 Conversely, the winter sees easterly blowing winds which clear the skies and decrease precipitation. Temperatures rise gradually and reach a peak average high of 23°C through July and August.

Rainfall is considerably higher in Kraków when compared with Warsaw, with July and August each seeing average monthly precipitation of 80 to 100 mm. The best time of the year to visit Poland is during the summer months, as daily hours of sunshine are higher, the days are longer and, of course, its warmer.