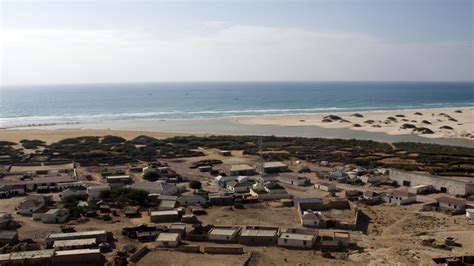 Visit Site FRACKING THE EAGLE FORD SHALE: BIG OIL AND BAD AIR ON THE TEXAS Prairie Deep in the heart of South Texas, new oil and gas wells are appearing seemingly everywhere. The region is called the Eagle Ford Shale and it’s the location of the largest energy booms in the world.

In this original documentary, reporter Jim Morris of the Center for Public Integrity visits the people most affected by the boom and explains the science of why they may be in danger. S tarting off at number 1 on my list is the YouTube documentary “The Storm Chasing Anthology” that was released in 2016.

Over a time span of 2 years,112 meteorologists, storm chasers, and weather enthusiasts across 35 US states and Canada were interviewed for this crowd-funded documentary. Quite possibly in my opinion, one of the most badass weather -related documentaries out there is the “Tornado Video Classics” collection.

This project was led by researchers whose intent was to find out how tornadoes formed and by doing so would hopefully lead to better warning times. Our 3rd documentary focuses on the tornado outbreak that occurred on April 10th, 1979 in the Red River Valley.

I won't lie, before watching this documentary I didn't know much about this event besides the fact that an outbreak had occurred on April 10th, 1979. Even though this documentary is now 40 years old, I would still highly recommend watching it as it goes into great detail about what happened that day. 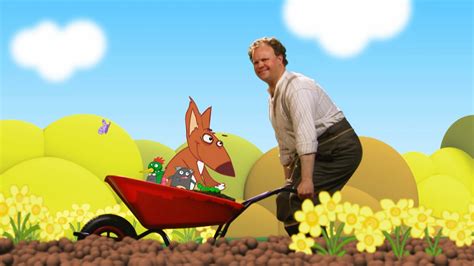 With a 1-hour run time, our next documentary focuses on the1997 Darrell, TX F5 tornado. This tornado completely flatted everything in its path, not a single thing was left standing.

If you want to learn more about the Moore, OK tornadoes and the recovery of the city since the 2013 EF5, I would recommend watching this documentary. In this episode of “Paramedics” they show the response from Emma after the F-5 had struck the small town of Bridge Creek, OK and Moore, OK.

Interestingly enough Steve Finley who had been a paramedic for only 10 months and who was also on the show when it was taped, received an award from the Governor of Oklahoma for his efforts on May 3rd, 1999. If you've ever wanted to see how emergency responders react to disasters such as tornadoes then give this episode a watch.

This special episode of 20/20 follows SSL (National Severe Storm Labs) researchers who are trying to better understand how a tornado forms. In conclusion, I would recommend everyone to watch this episode of 20/20 as it is pretty informative and it gives a sense at how far storm chasing and tornado research has come. 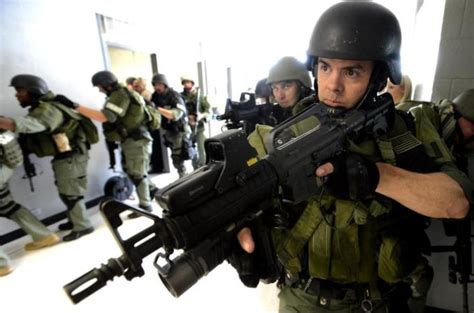 Storm Stories is the weather version of “The First 48” as the idea behind the show was to talk about one weather event for the entire show and interview people who would be able to talk about what happened during that specific event. I'm slightly biased towards Full Force Nature because the tornado that hit my town was featured on the show in 2006.

You can find most of the Storm Stories and some Full Force Nature episodes on YouTube. I hope that you found some new documentaries and TV shows by reading my blog.

Director Davis Guggenheim takes what started out as a simple presentation by former presidential candidate Al Gore and turns it into an impassioned educational movie. The documentary has been described as highest-profile environmental film since Al Gore’s ‘An Inconvenient Truth‘ and was summed up by The Wrap as a “straightforward, elegantly presented survey of the science on climate change” along with constructive suggestions on how to reduce the impacts.

Before the Flood ’s special feature is unarguably the number of major casts including Oscar-winning and movie star Leonardo DiCaprio, the Pope, Barack Obama and a host of others. There in, Obama praises the Paris Agreement for being one of the first things to bring all of humanity to consensus on a single matter and expresses optimism that new technologies in the coming decades will go a long way in combating the climate change problem.

Most importantly, this rockeries eight-episode run highlights the solutions that people around the world are working on according to Arnold Schwarzenegger, the Terminator actor and former governor of California and one of the show’s producers. Poised by the success of Al Gore’s movie (An Inconvenient Truth), Leonardo DiCaprio lends his support to the movement in a big way, as he co-wrote and narrated this insightful documentary about the challenges posed by climate change. 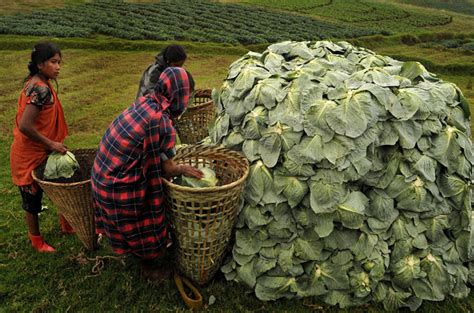 Through interviews with experts in many scientific fields, as well as prominent activists and politicians, the film seeks to convince viewers, beyond any reasonable doubt, that the planet is in danger and that action needed to be taken immediately if we are to have any chance of reversing the negative consequences. Jeff Orlons’s documentary received an Oscar nomination for the images that were captured while James Blog and his team recorded the melt rate in Greenland, Iceland and Alaska.

The film follows seventh-generation farmer Marty Travis as he questions the imperatives of big agricultural business and attempts to build a movement of sustainable farming and eating in Chicago. Chasing Ice follows National Geographic photographer James Blog as he obsessively attempts to document melting glaciers in the Arctic.

But it’s true that raising farm animals contributes significantly to climate change, and if you’re looking for some encouragement to go vegan, this film just might push you over the edge. It traces the story of a group of activists from Vancouver as they attempt to stop nuclear testing in Alaska, and later come up with a crazy plan to put their own lives on the line to save the whales.

The film tells the story of the birth of modern environmentalist movement, and how actions 45 years ago have echos that persist to this day. Filmmaker Josh Fox takes a gripping and personal journey to investigate hydraulic fracturing, a technique that spurred a boom in natural gas production.

Whether the shale gas industry is responsible for the flammable tap water demonstrated in the film remains a matter of scientific debate, although the documentary was certainly a flash point for an anti-fracking movement. Since everyone -- regardless of where one lives -- deals with bad weather of some sort, most people have some personal experience to bring into these movies with them. 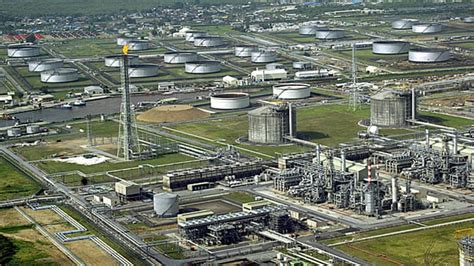 Roland America has made it his goal to seemingly destroy the world in every feasible way, from alien invasions to worldwide weather disasters. Crazily enough, as nuts as this concept is, there have now been six movies in the Sharked series and some pretty famous names signed on for cameos.

Ian Wearing and Tara Reid lead the cast as a husband and wife who encounter a cyclone that brings swarms of sharks in its grip. This weather means tornado-like winds that fling sharks through the air, with their mouths open ready to eat anything in its path.

In The Day After Tomorrow, Dennis Quiet and Jake Gyllenhaal lead a cast through a new ice age. The movie takes the idea of climate change and uses it to result in severe weather catastrophes.

While scientists try to warn of impending doom, the U.S. government ignores their concerns and the new ice age occurs, resulting in the death of millions. However, in 1980, John Carpenter followed up his groundbreaking 1978 slasher film Halloween with this tale of the supernatural.

Soon, a stranger appears named Andre (Cold Fore) who knows everyone's secrets and demands one of their children in exchange for the survival of the town. A tsunami strikes and the ship overturns, the survivors frantically seeking a way to safety, before it is too late. 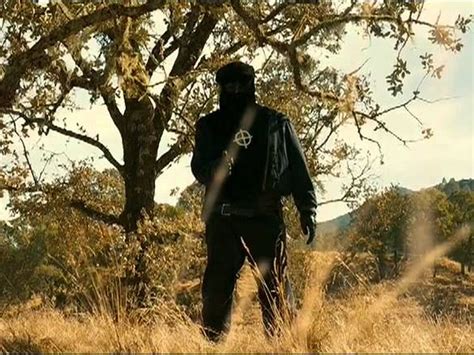 Much of the success is due to the fantastic cast, including Gene Hickman, Shelley Winters, Ernest Borg nine, and Red Buttons. Unlike The Fog, which saw murderous ghosts come out, The Mist saw the town overrun by giant creatures and monsters.

Thomas Jane starred as a father trapped with his son while Marcia Gay Harden was a fundamentalist who believed God was punishing them for being sinners and felt sacrifice was needed to survive. Frank Marabout, who also directed King's Shaw shank Redemption, helmed this movie and also created a great black and white version.

Before Wolfgang Petersen remade the classic Poseidon Adventure, he already created one visually dynamic weather movie set on the high seas. The movie tells the story of the small crew aboard the boat as they try to make it back to shore but ultimately fail.

Jan de Bont (Speed) directed the movie, which has gained a cult following since its release in 1996. When a new F5 strikes Oklahoma 27 years later, they end up back together to try to get a research device into the center of the twister to help them learn more about it to help save more lives in the future.

The story focuses on a future event where climate change causes the next ice age; however, this time, the governments of Earth know it is coming and make the necessary preparations. Sadly, his urges to drink return and the ghosts of the hotel drive him insane as the snow cuts them off from the rest of the world.

Shawn is a former member of the Society of Professional Journalists and the Oklahoma Film Critics Circle before relocating to Texas and has work published in the Daily Oklahoman, Oklahoma Gazette, Vox Magazine and Loud Magazine and on websites like The Huffington Post, CBS, Time Warner Cable, Yahoo, The Movie Network, Chad, Renegade Cinema, 411mania and Sporting News. Shawn is also a published author, with a non-fiction book about the Stephen King Dollar Baby Filmmakers and has begun work on a new fiction series as well.